We want our Bench back 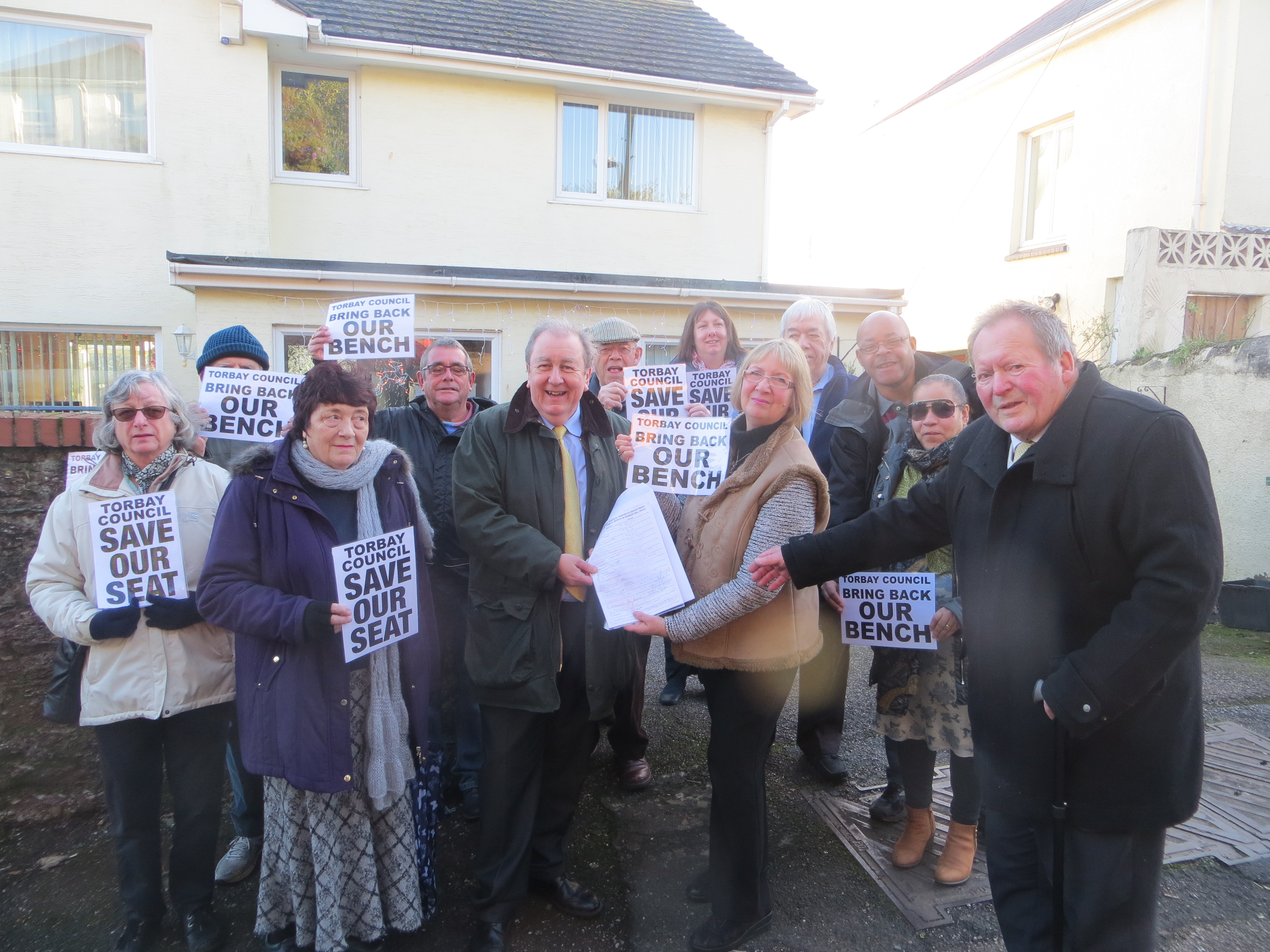 At 10.30am on Wednesday 28th December, 2016, local residents handed over a 120-signature petition to Clifton with Maidenway Liberal Democrat Councillors Ian Doggett and Adrian Sanders, calling for the return of a bench Torbay Council removed in late November.

The bench was fixed at the top of the steep section of Winner Hill Road where it joins Monastery Road – a half way point for residents of the Berry’s and beyond.

Local resident Lynn Alford-Burow started a petition after the bench was removed and called on her ward Councillors to take the matter up with the Council.

Cllr Adrian Sanders said: “Residents are annoyed at the unannounced removal of the bench without explanation and loss of a stopping point to catch breath after a particularly steep section of Winner Hill Road.”

Cllr Ian Doggett added: “This is one of the steepest hills in the bay and we want to know why the bench was removed and when it will be replaced. As Chair of the Clifton with Maidenway Ward partnership I want to explore how we can assist the Council in returning or replacing the bench.”