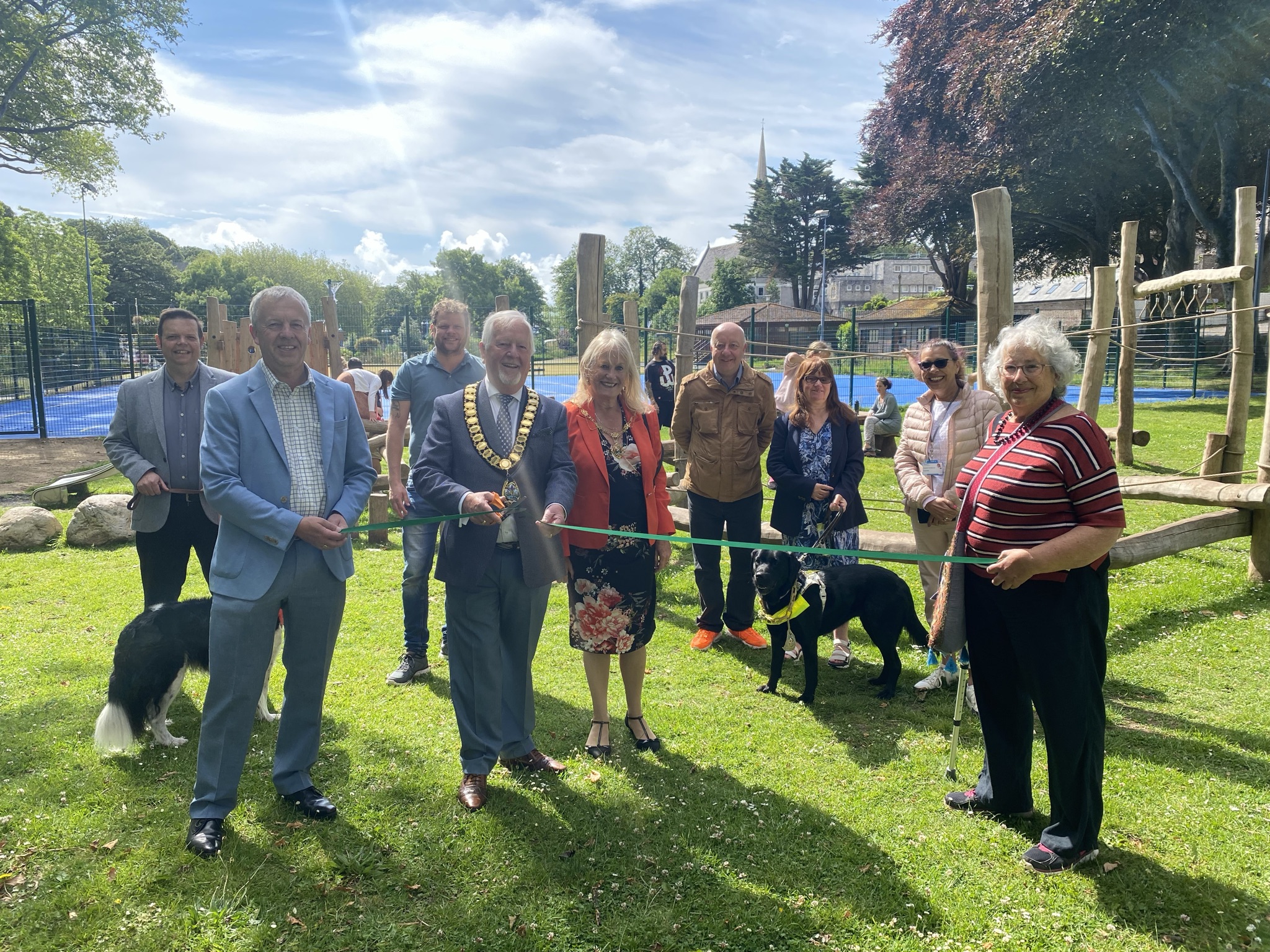 Upton Park in Torquay has been officially opened by Councillor Terry Manning, The Worshipful the Mayor of Torbay following significant investment to improve access and enhance amenities.

On Saturday 26 June, key community stakeholders for Upton came together to celebrate the opening of Upton Park. This follows the completion of enhancement works which were made possible following accelerated funding from the Government’s Towns Fund.

The Council has worked with the community to provide zones to improve the quality of activity that takes place, connect each zone and unify the area for all to enjoy. In total five ‘zones’ have been created ranging from fitness, play and sport to woodland play and netball courts and lawn green bowls, all developed to ensure residents and visitors are able to make the best use of the location.

In addition to the creation of zones, works to trees were undertaken to increase light levels, any trees that were removed were replaced with a replanting scheme to change the species diversity and age structure whilst increasing wildlife potential. The lighting has been upgraded to a LED system, and works have taken place to bring the netball facility back into use.

Liberal Democrat Councillor Swithin Long, Cabinet Member for Economic Regeneration, Tourism and Housing, Torbay Council, said; “The completion of this  project is just one of many happening exciting transformations happening across Torbay. Investments in our parks and open spaces create thriving communities and provides further opportunity for economic regeneration and growth.”

The projects at Upton Park, Princess Gardens and Royal Terrace Gardens are led by TDA and Torbay Council, with the works being delivered by SWISCo.

This is an exciting time for Torbay, with a range of multi-million-pound projects coming online to make spaces where people can thrive. Torbay's Lib Dem led council have secured £21.9m for Torquay Town, plus £13.36 from the Future High Streets Fund for Paignton.

This is in addition to a brand new ‘Torquay Gateway’ train station announced for the Edginswell area, with £8.7m secured from Network Rail and Department for Transport for its development. There are also plans to enhance Brixham in line with the Brixham Peninsula Neighbourhood Plan, with key areas earmarked including Harbour regeneration and Brixham Town Centre car park redevelopment.

Find out more about the work we are doing to regenerate our town centres.