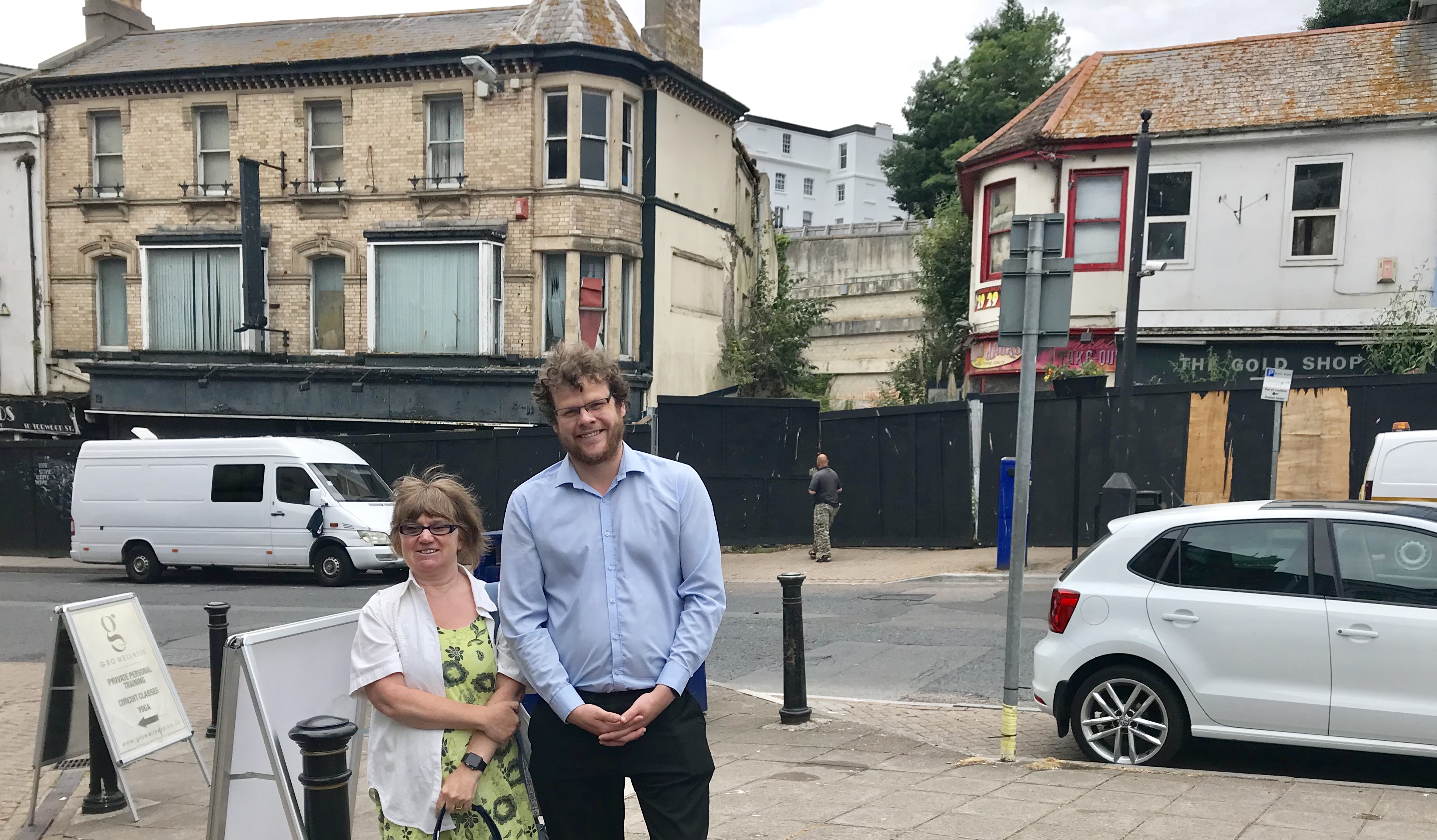 Tormohun’s Liberal Democrat councillors Mandy Darling and Nick Pentney have welcomed the news that the loan agreement between Torbay Council and the proposed developers of a Torwood Street site has been signed.

This opens the way for the proposed development of the site that includes plans for a 113-bed hotel earmarked for Hilton Hampton, three new restaurants and possibly a gym which the developers will say will create up to 410 jobs.

Cllr Nick Pentney said: “We’ve been calling for action on eyesores such as Torwood Street for some time now. I’m pleased things are finally progressing after 9 years of delay.

“Now we are going to be vigilant to make sure work on the ground begins as soon as humanly possible. After all, we’ve seen a number of false dawns where developers have been given the go-ahead on a promising project only for the work on the ground to be perpetually stalled or for the project to fall through completely.”

Cllr Mandy Darling added: “The Liberal Democrats have been consistent in their calls for Torbay Council’s Investment Committee to play a greater role in town centre regeneration and for it to make more of its investments in Torbay rather than elsewhere. As such, so we are pleased with this news.”