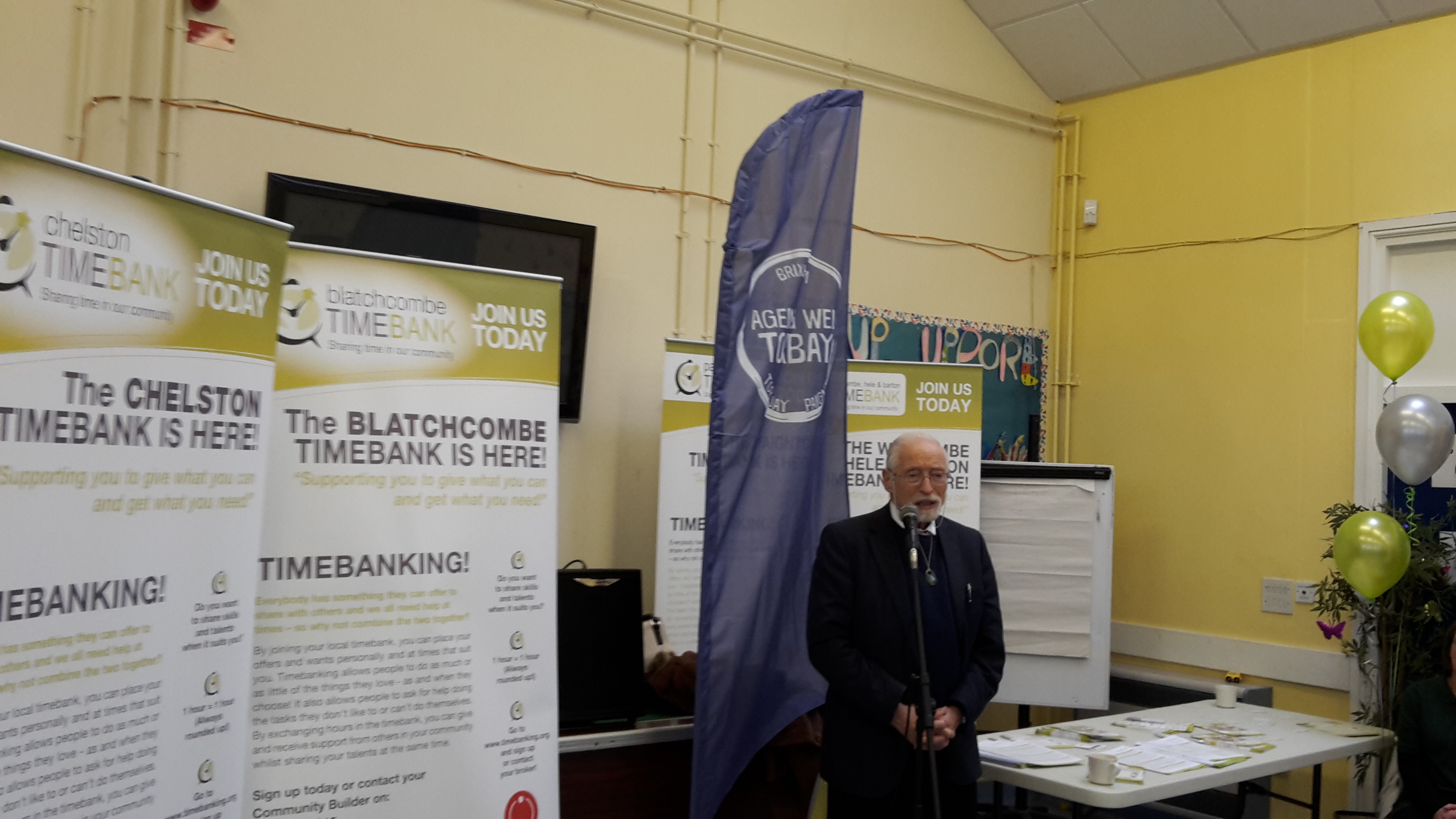 The launch event, which was held on Monday 16th November at the Windmill Centre, Pendennis Road, Torquay was well attended, with people from across the Bay keen to find out more about the scheme and opportunities to join the Timebank in their local area.

Special guest Edgar S. Cahn, who has a worked as a law professor, civil rights campaigner and speech writer to Bobby Kennedy, made a spellbinding speech about the origins of Timebanking and the value of community, place and individuals skills. Cahn began by saying “there should be no throwaway people” before imploring the audience to “start to trust one another. The smallest act of helping someone” he said “defines value.”

Timebanking, which was founded by Edgar Cahn, now operates in 22 countries throughout the world and is an initiative that allows people to exchange skills and help one another in their local area. For example a person could join the Timebank and offer a dog walking service for 1 hour, which would give them a credit of one hour to use for something that they may need, such as computer help or fence painting. It is possible for people to receive help from the Timebank before they have any credits.

Councillor Mandy Darling Liberal Democrat Councillor for the heart of Torquay Said “ Timebanking is already having a positive impact in Hele village. It is helping link people with skills and time with those who need their help. I chatted with anne a volunteer and it was inspiring the work she did and the personal value she placed on it. I would encourage everyone to see how they can help or benefit. I know I will be.”

Sarah Warren Timebank Co-ordinator for Torbay Community Development Trust says “The Timebank is a great way for people to help one another at a time and in a way that suits them. There are now 10 neighbourhood Timebanks across Torbay and 1 organisational Timebank. Having Edgar S. Cahn attend our official launch was fantastic and a huge boost for us.” Edgar also left Torbay a special audio message here https://soundcloud.com/torbay-cdt/edgar-cahn-speaks-at-the-torbay-timebank-launch