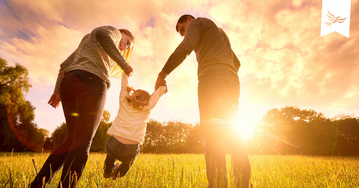 The Liberal Democrats and Independent run Torbay Council have granted a foster carer couple Freedom of the Borough for their contribution towards improving the lives of Children.

Torbay Council are delighted to confirm The Civic Committee's recommendation to award Honorary Freedom of the Borough to Mr Dave and Mrs Dawn Barnett who have provided foster carer placements for children and young people for approximately 43 years.

On Thursday 25 February, Mr and Mrs Barnett were granted the honour at a virtual Special Council meeting, which was also witnessed by members of their own family.

The Freedom of the Borough is a high honour only awarded in exceptional circumstances, whereby an organisation or individual have demonstrated outstanding achievements in the Borough and / or on the international stage which have brought pride and satisfaction to the Borough.

Dave and Dawn have been approved foster carers since 1978 and have provided an exceptionally high standard of care for more than 70 children, sometimes for up to three children at once. They have welcomed children into their home at very short notice, with every child being provided with a stable, loving and safe home. Many children they have cared for, remain in contact with the couple leaving no doubt that the positive effect they have had on the many children and their families in Torbay is worthy of recognition.

In addition, they have greatly helped the Torbay Fostering Team by working hard to accommodate certain requests and providing advice and support for newly approved foster carers, thus shaping the next generation of carers within the Bay.

"It was an honour to bestow Mr and Mrs Barnett with this very special award in recognition for their invaluable contribution towards making a difference to the lives of many of our children looked after. The short and long-term positive impact this remarkable couple have made cannot be truly measured, but we hope that by granting them Freedom of the Borough it goes some way in showing our appreciation for the time they have dedicated to helping children and their families".

"Fostering is one of the most important roles is society and at Torbay Council we are very pleased to have worked with Mr and Mrs Barnett to help children who have had a difficult start in life. They have made a real difference to the children of Torbay."