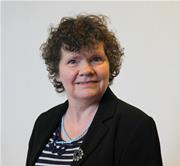 On the Council Ruth built strong friendships with colleagues from across the political spectrum. But this did not stop her championing those in need and protect what makes Torbay special such as Oldway Mansion. Along with fellow ward Councillor Ian Doggett, Ruth advocated the use of the old Monastery building by local charity Anode. Ruth had a passion for planning and enjoyed her role in this important part of Council work. Ruth was a member of the Adoption Panel. This was an area of her council she perhaps felt most passionate about. In this role, Ruth worked tireless to see the placement of children with suitable adoptive parents. She was a ward Councillor who saw dealing with casework as a priority. Councillor Pentney leaves a big void to fill.

Ruth Pentney was my fellow Ward Councillor , and her passing will be sadly missed by many Clifton with Maidenway Ward Residents in Paignton. As many people may be aware, Ruth has not been well in recent times,and has had to spend some time in Torbay Hospital in the Critical Care Unit.

Ruth was a formidable ,spirited, character,with many friends around the Area, and a good source of Information, I found this to be especially useful in May 2003, when we were first elected to Torbay Council. We planned together and introduced regular Councillors Surgeries at the old Paignton Library and we made sure that always one of us was around at all times, especially regarding holidays. We also made sure that Residents problems were shared with each other, so that casework could be picked up by either of us!?  One of our main concerns was the future of the Monastery Building in the Berry's Area. This is a lovely Building , and we both had visions of it being pulled down, if a good use was not made of it. There were many "false dawns", but finally with the help of the Community Development Trust, the Charity Anode was involved and now it is a useful Community Building. Another wish was to develop a Community Partnership for the Clifton with Maidenway Ward. Yet again we have received some false starts, but now at last it looks as though we are going to get started. This will be a wonderful achievement and Ruth would have been so pleased!

On more personal matters, like myself, Ruth adored cats, even last year she came to visit my home to  look after my elderly cat while I was away for a number of days. We also both loved football and Ruth used to get very excited at Torquay United matches at Plainmoor. We made two visits together to the new Wembley Stadium, sadly the first time Torquay lost, but the second time they did win when they beat Cambridge United 2-0 in a Play - Off Final.

I will miss Ruth deeply, I doubt if I will ever see the like of her again for I do not know of anyone who cared so passionately about the residents of the area and their problems.

Till we meet again then, friend, IAN.