Tories Cut Policing Numbers as Crime is on the Up 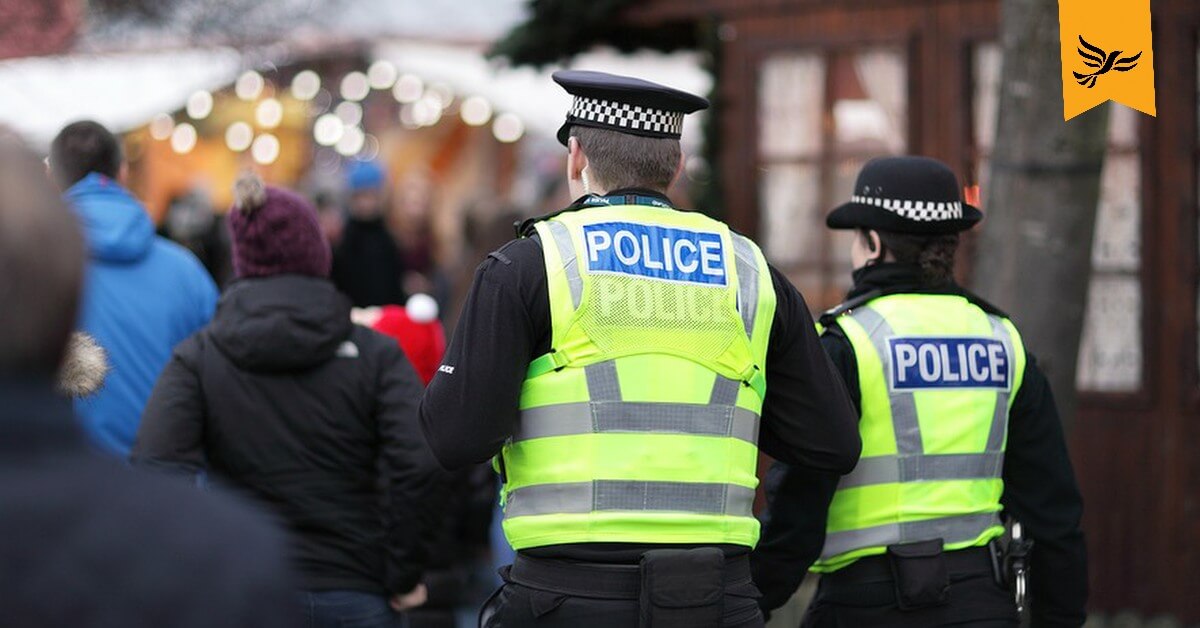 Tories have been short changing the public by cutting police numbers in Devon & Cornwall.  Home Office figures demonstrate that there are now 162 fewer uniformed crime fighters in the Devon and Cornwall Constabulary.  The official statistics show that in 2015 there were 1,727 uniformed crime fighters compared to the 1,559 today.   (Source: the Mirror newspaper)

Nick Pentney, a Torquay town centre Councillor, said: “We have massive problems with crime and anti-social behaviour in our town centre.  More and more people are telling me that they don’t do their shopping in the town centre any more.  There was a time when Torquay had sufficient levels of PCSOs who could deter criminals and give shoppers and residents peace of mind. We desperately need those PCSOs back on our streets.”

Steve Darling, leader of the Liberal Democrats on Torbay Council, said :“Torbay is a hot spot for crime compared to many other areas of Devon and Cornwall.  It is a busy posting for serving officers and this has resulted in a massive drop by 80% in the numbers of PCSOs  in Torquay.  Torbay Liberal Democrats have now launched a petition demanding that the Police and Crime Commissioner funds more officers than her plans currently recommend”.  You can sign this petition at http://www.torbaylibdems.org.uk/policing_survey

Earlier this week the Liberal Democrat group on Torbay Council received a very useful update from Simon Jenkins of Devon and Cornwall Police.  We were impressed with the work he and his colleagues are undertaking to serve communities in Torquay.  However, we were not impressed with the new form of delivery of community policing in Torquay.  Whilst we were aware that in the last few years the number of PCSOs has gone down from 25 to effectively 5 (one is off on long term sickness leave) we were not aware that Torquay is an outlier in the rapid reduction of these posts .We accept that officers have to work with the financial hand you and the Chief Constable have dealt them, but we are very concerned that the police service has chosen not to recruit more PCSOs in Torquay in the light of this massive drop in numbers. The new model of delivery will effectively see an end to community policing in Torquay as we know it.

You will no doubt recall the former Chief Constable, John Alderson, who in the late 70s trailblazed the use of community policing which resulted in Devon & Cornwall benefiting from some of the lowest crime rates in the country.  As Liberal Democrats, we strongly support community policing and object to its continuing destruction on your watch.  At a community meeting last night in Hele, people were concerned about the lack of policing in one of our most deprived communities in Torbay.  The shortage of officers to tackle crime in Torquay will result in the concentration of resources in our town centre and some of our more deprived communities facing a collapse in community policing involvement.

I am particularly shocked that you, as Police and Crime Commissioner, have chosen not to demand that the Chief Constable recruit more PCSOs for Torquay to fill this gap.  Are you happy that your legacy as PCC will be that of the postholder who gave the last rites to community policing as we know it? I look forward to receiving your comments.