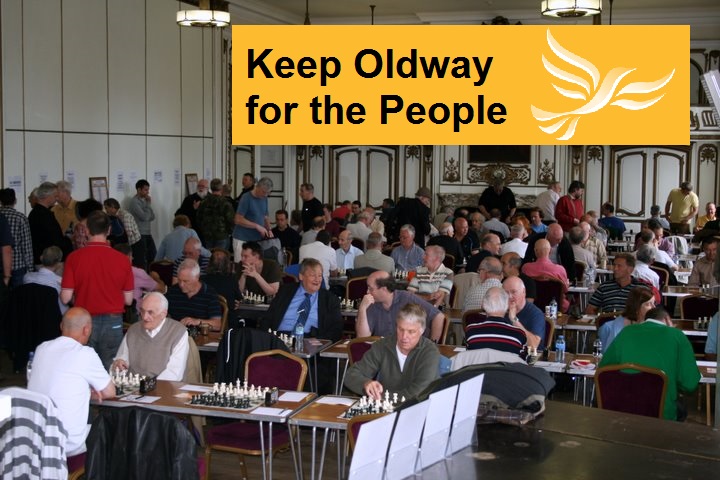 This year numbers were down to a fraction of their pre-2012 levels, because playing in Oldway was part of the attraction of the event. This means fewer people staying in hotels and B&B and spending money in the Bay.

Paignton Chess Congress cares about Oldway - more than 60 players our of 93 at the event signed the Lib Dem's Oldway Petition! We would like to thank them for their support.

Torbay Lib Dems think Oldway should be kept for the people and participants in the event have been keen to show support by signing our petition.

Have you signed yet? http://www.torbaylibdems.org.uk/oldway