North Shropshire not much different than Torbay 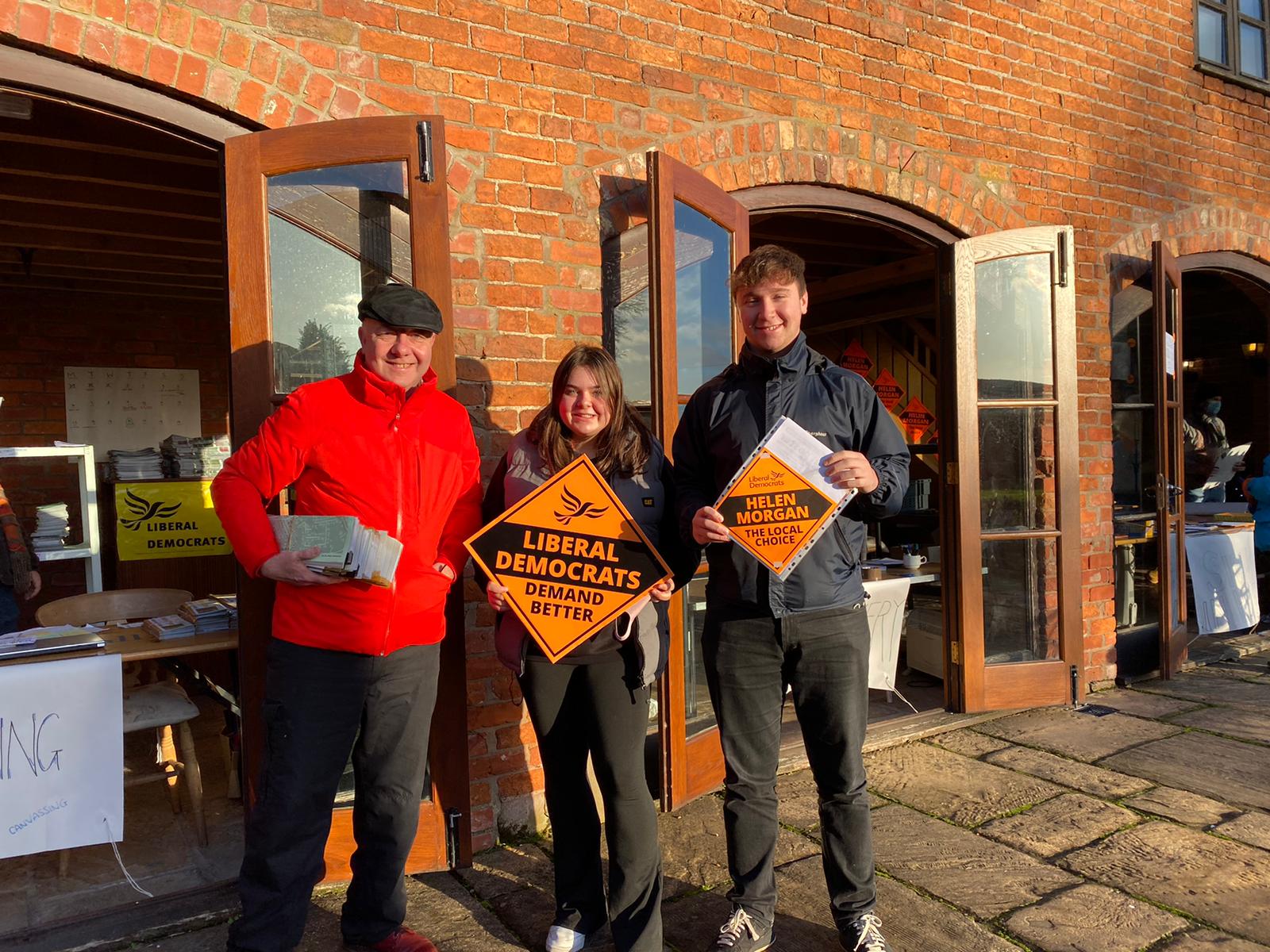 Going out and knocking on doors to speak to residents is an important way of keeping your feet on the ground and getting a true perspective of what is occupying the mind of residents in Torbay. New canvassers are often pleasantly surprised as to how welcoming people are. In mid-November, I attended an emergency zoom call with all Liberal Democrat Group leaders across the country, hosted by Ed Davey, leader of the Liberal Democrats, stating that the North Shropshire by-election was within our grasp, as long as we could get enough activists there to speak to residents on the ground.

The following weekend, a carload of us from Torbay set off to North Shropshire with hope in our hearts. It was perhaps the strangest days canvassing that I’ve spent in Oswestry, where we had to break off canvasing to join in the Christmas carnival.

As we left Oswestry late afternoon, we felt that the seat was on a knife edge and could go either way. Little did we know that over the following three weeks, the Christmas party revelations demonstrating the arrogance of Prime Minister Johnson and his Conservative colleagues would supercharge the feelings of anger and contempt for this morally bankrupt Conservative government.

A few weeks later, I was delighted to wake up to our latest Lib Dem MP, Helen Morgan, telling Prime Minister Johnson that the party is over. This sensational by-election result in North Shropshire has sent shock waves through the Westminster village. No doubt the revelations about the Prime Minister and people around him failing to follow the rules set for the rest of us played a part in delivering a seat to the Liberal Democrats never before won by someone who wasn’t a Conservative.

One of many messages on the doorsteps was that the former MP was popular locally, that he was in the wrong, but that his position was made far worse by his Party trying to change the rules so he wouldn’t have been forced to resign and cause a by-election!

From the time I spent in North Shropshire what I heard was little different from what I hear from people across the bay. Perhaps I shouldn’t have been surprised given the number of similarities in an area based on several distinct communities and around the same distance from London and Whitehall with a shared sense of being a long way from the centres of power.

I found that like our fishing industry, voters with agricultural interests were questioning the Government’s failure to replace EU funding as promised, and how new trade deals are worse than those they replaced.

I heard concerns about the effect of Covid on our NHS and its funding issues concerning staff numbers and services such as GPs and ambulances. There was genuine anger expressed by some older voters at care reforms that had promised an end to people having to sell their homes for care.

Just as in the Chesham and Amersham by-election the Liberal Democrats won in June, the rising cost of living, transport costs and a plan for children to catch up on their education disrupted by the virus featured strongly.

The most powerful message that I received was from lifelong conservatives who are willing to switch to the Liberal Democrats due to a local crisis in the NHS system, whether that be delays in the ambulance service helping with medical emergencies or problems accessing the GP service.

Torbay’s former MP Adrian Sanders worked out how the North Shropshire by-election change in the vote would play out here. He calculated that the same swing in Torbay would see a Liberal Democrat elected with 61.2% of the vote. The full result would be LD 61.2, Con 28.1, Green 5.7, Ref 5.1, Lab 0.6. Others 1.6.

He believes that if the Party can move from third place to first in a seat like North Shropshire, one that shares so many similarities to those in the Westcountry, there's not a single safe Conservative held seat anywhere in the South West region.