Local LibDems back "Save Our Hospitals - Red Line Protest"

Torquay campaigner Swithin Long said: “It was good to see people from a number of political backgrounds coming together to protest against these Conservative cuts to health services in South Devon. People will draw their own conclusions as to why our Conservative MP for Torbay failed to attend the event.” 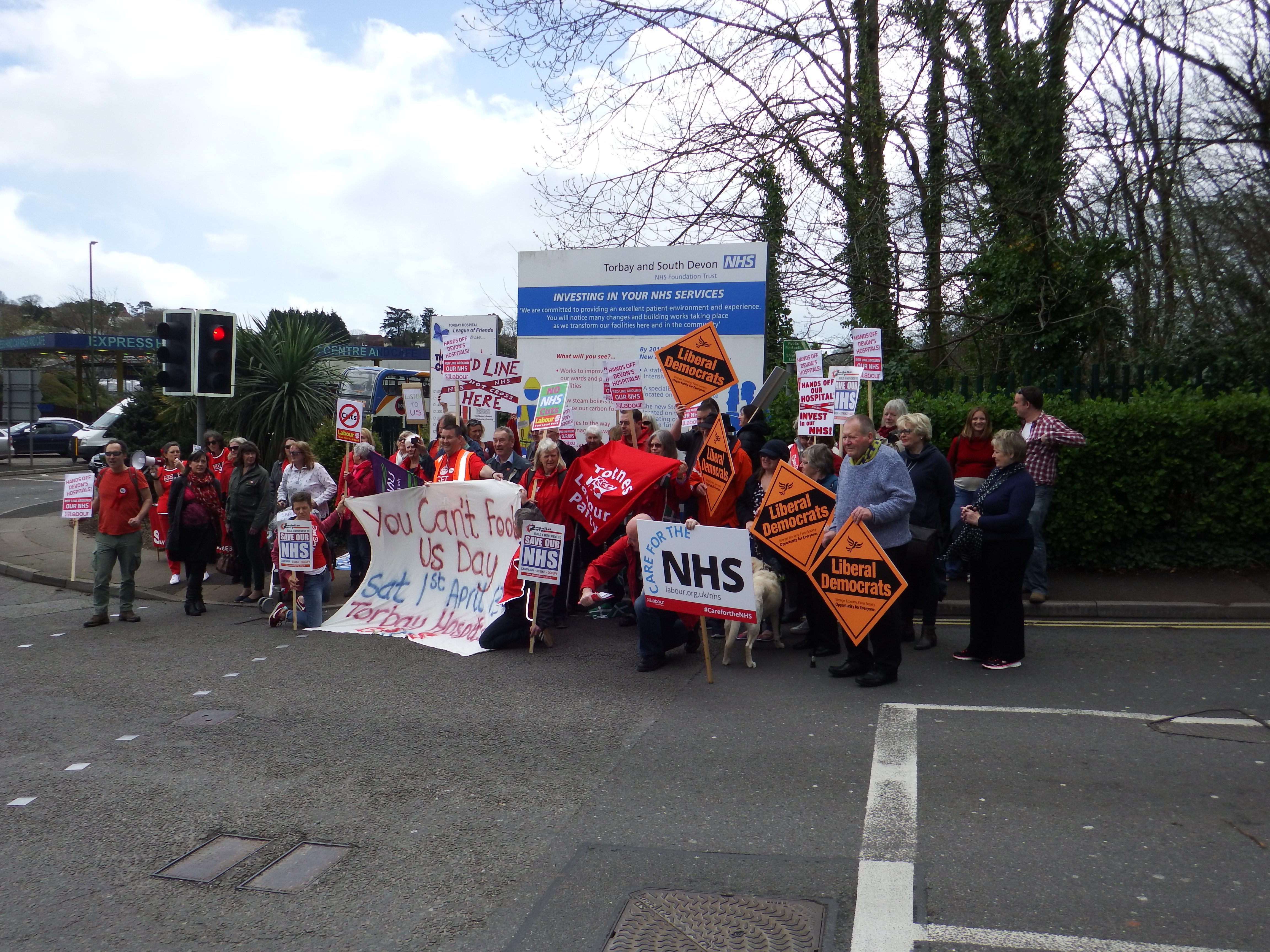 Health spokesperson for the Liberal Democrats on Torbay Council, Councillor Ian Doggett, said: “We have concerns regarding the recent proposals by the CCG . For example,  has any thought been given to the future? The over-65 population in Torbay is expected to increase by 10,500, within the next 8 years, rising from 26% of the population to 28.5%. As we age, we develop different long term health conditions, leading to increased demand for health and social care services. Torbay also has one of the highest proportions of people living on the edge of poverty. Torbay is a  favoured retirement destination, and is 20 years ahead as regards to having a larger population of senior residents than many other areas of the British Isles.  We need to be aware too that there are further major changes to the delivery of our health services likely to be demanded under the Strategic Transformation Plan, so a period of delay before any final decisions are made would be in everyone's interests. Meanwhile, those who deliver our health services should be lobbying Central Government directly for the resources needed to deliver the services that the people of Torbay need, not those the Trust is prepared to deliver within the inadequate budget set by the Conservative government.”