Have your say on plans for a solar park in Torquay 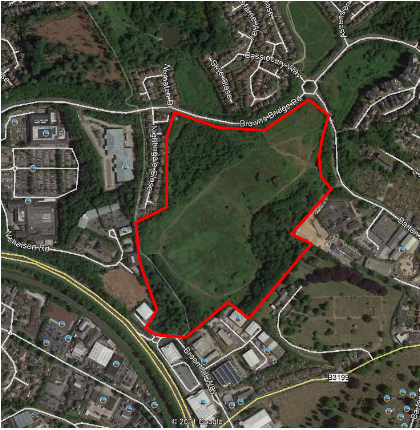 Liberal Democrat led Torbay Council have agreed to spend £3.1m to fund the construction and delivery of a solar farm which will provide renewable energy to Torbay Hospital.

Members of the public are invited to view the proposals for Nightingale Solar and Recreation Park at a public consultation event on Monday 27 September. This is being held at St. Martin’s Church Hall in Barton Hill Road, Torquay, between 2.30pm and 8pm.

Torbay Hospital will be using the power, a move which will go some way towards helping us achieve our carbon neutral priorities.

As well as installing the solar panels, the proposal includes maintaining and upgrading the existing paths and providing new pedestrian footpaths. The landscape enhancements will ensure wildlife is given careful consideration.

Councillor Swithin Long, Cabinet Member for Economic Regeneration, Tourism and Housing, said: “We are committed to becoming carbon neutral and this proposal helps in a big way towards achieving this.

“This development will also ensure Torbay Hospital is one of the greenest in the country.

“There will be wider community benefits as we’re also going to upgrade existing paths, create new ones and improve the landscape – not just for people but for the area’s wildlife population too.”

There is the potential for up to 10 per cent of the surplus generated from the solar project to be made available for community use within one mile. These locations are currently unknown but we would be keen to hear people’s suggestions.

Nightingale Park is a former landfill site which was in use from the 1950’s until the 1980’s. This solar park will provide 3.2MWp (megawatt peak) of power and has the ability to provide energy for approximately 25 years.

It will also generate quality, well-paid jobs in design, construction and maintenance.

The solar panels will cover approximately 3.9 hectares within a secure fenced area extending the area to 5.82 hectares, equivalent to seven football pitches.

This area will be monitored by CCTV. The buildings needed to accompany the panels include a transformer kiosk and switch gear kiosk.

A planning application is due to be submitted in October with a decision expected early next year. If approved, work could start next summer and be completed by January 2023.

You can read more details of the scheme on the solar park consultation page here: https://www.torbay.gov.uk/council/consultations/solar-and-recreation-park-at-nightingale-park-torquay/