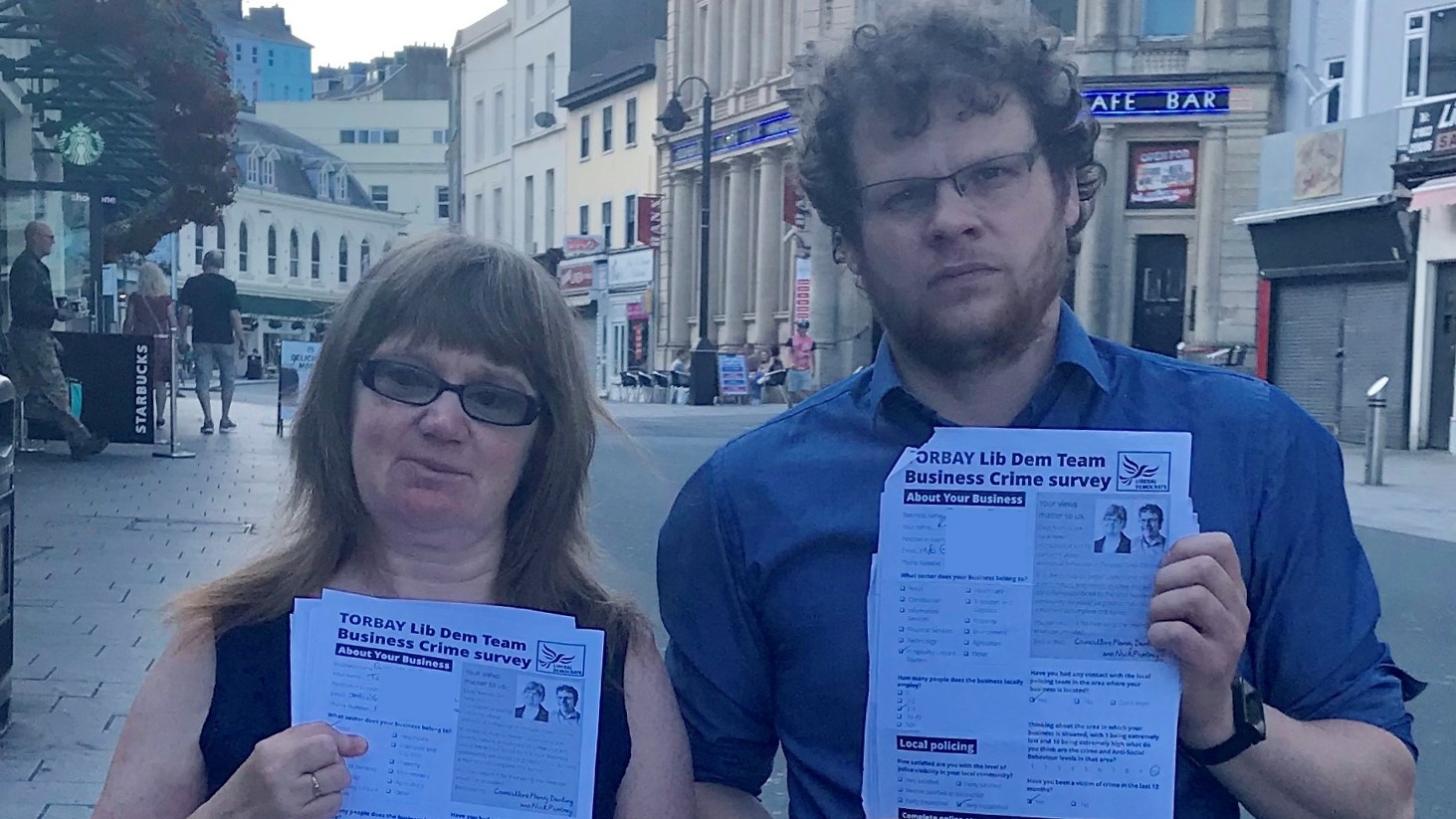 According to a crime survey conducted by the Torbay Liberal Democrats, Torquay residents and businesses have serious concerns about the level of anti-social behaviour and want a more visible police presence on our high street.

Torquay Lib Dem Councillors Nick Pentney and Mandy Darling conducted the survey which involved both residents and local businesses in the town centre. 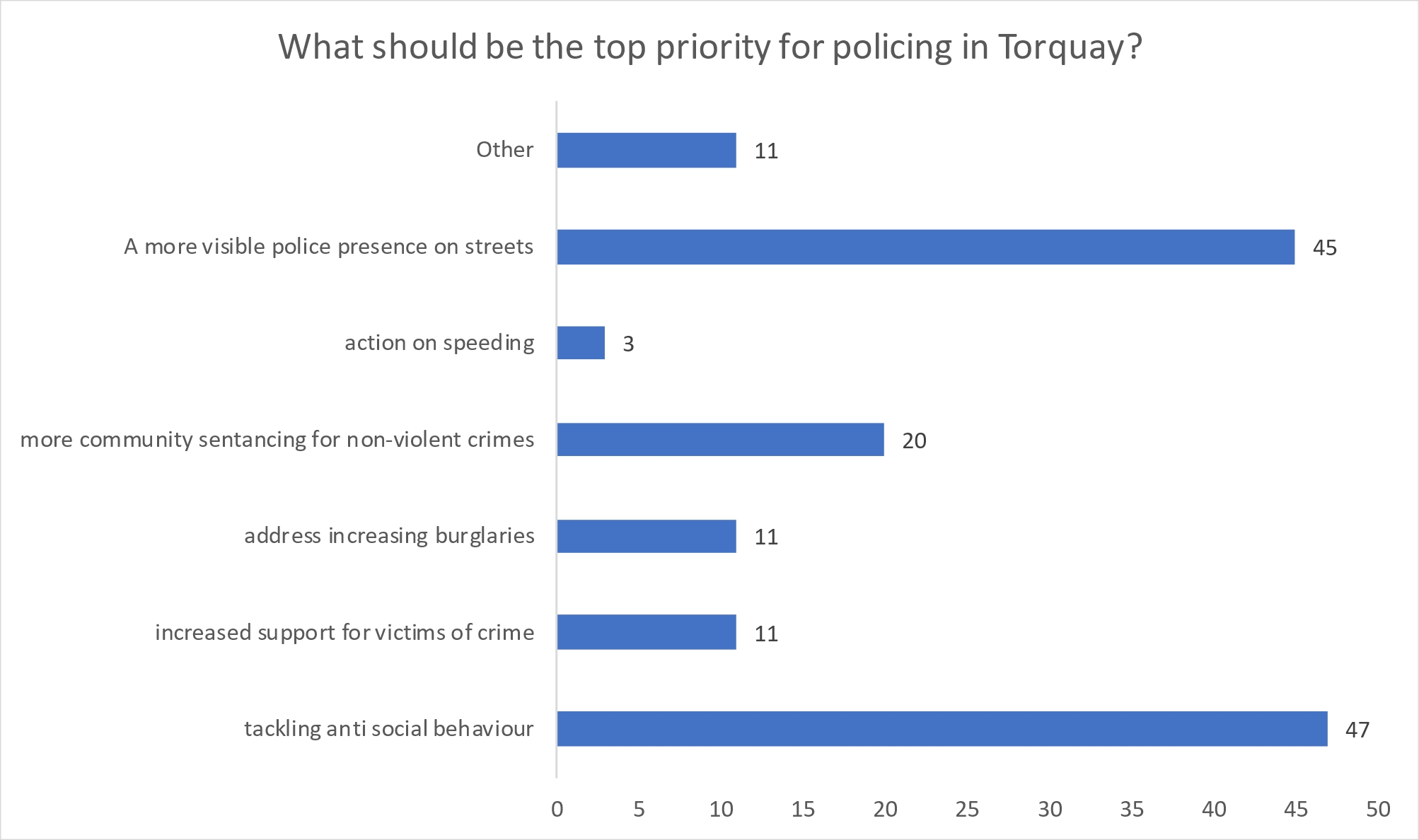 Commenting, Cllr Nick Pentney said: “We had a great response to these surveys – both residents and local businesses were very keen to participate.

The results are clear: the lack of visible policing and anti-social behaviour are of huge concern for local people.”

Cllr Mandy Darling added: “The rise of anti-social behaviour and the decline of visible policing in Torquay is clearly no coincidence but in fact related.  Not too long ago we had lots of PCSOs patrolling our town centre streets. But sadly, because of Conservative cuts, this is no more.”

She added: “We will be sharing these results with our Conservative Police and Crime Commissioner. It’s yet more evidence to show that not maintaining PCSO numbers in Torquay has been a mistake that needs to be put right.”