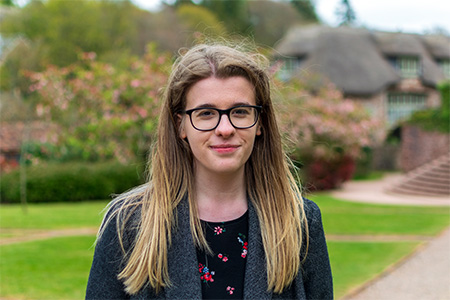 Lily is the youngest candidate standing for the Liberal Democrats in the local elections in Torbay, having joined the party following the 2017 general election. She has lived in Torquay all her life and attended Torquay Girls’ Grammar School and Sherwell Valley Primary School.

She says: “It is an honour to be standing for the Liberal Democrats in Cockington-with-Chelston alongside Alistair. I am part of a fantastic, driven and motivated team in Torbay who are ready to get real change for our area.

“I joined the Lib Dems because I believe in giving everyone a fair chance at getting on in life, creating a more just society and promoting an economy that works for all. I am absolutely convinced that a Liberal Democrat council can deliver this for Torbay.

“Our Bay faces serious social and economic challenges, with some of the highest deprivation levels in the country. The Liberal Democrats demand better for our area and we are positive that we can deliver a better deal for local people.

“In particular, I hope, as a young person, to bring a fresh perspective to Torbay’s politics, whilst providing Cockington, Chelston and Livermead with a strong voice on Torbay Council.”

Steve Darling, Leader of the Liberal Democrats on Torbay Council, added: “I am delighted that we have a truly diverse set of candidates, ranging in age from 19 to retirees, people with disabilities and people from different ethnic backgrounds. It is really important that those who represent our communities truly reflect our communities.”