Daughter of late Torbay Councillor in bid to follow in late mother’s footsteps. 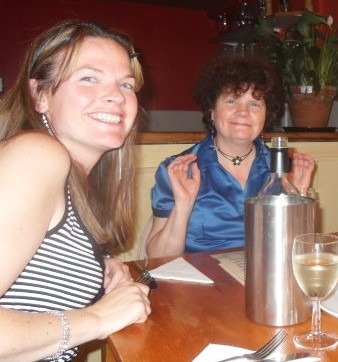 The Torbay Liberal Democrats have announced their candidate for the forthcoming Torbay Council by-election to the Clifton with Maidenway ward in Paignton.

The by-election has been caused by the sad passing of Ian Doggett who passed away late last year.

After a selection process by local members, the Liberal Democrats have selected Cat Johns (née Pentney) as their candidate for the election that takes place on Thursday 6th May.

Cat is the daughter of the late Ruth Pentney who served as Torbay Councillor for the Clifton with Maidenway ward from 2003 – 2015 until she sadly lost her battle with Motor Neurone Disease.

Cat Johns was born in Clifton with Maidenway and is now raising her young family there. Cat works as an administrative assistant in a nearby doctor’s surgery.

Cat said: “I’m absolutely thrilled to have been selected as the Lib Dem candidate to succeed Ian. Cllr Doggett was a close friend of the family and it would be an honour to succeed him.”

Leader of Torbay Council Steve Darling added: “I have known Cat for over 20 years. She certainly shares her late mother’s passion and commitment to help local people. If she is elected, I am sure she will be an excellent councillor for the people of Clifton with Maidenway.”