Fourth Summer of an Empty Pavillion

Torquay Liberal Democrats commemorated a fourth summer of closure for Torquay's Pavillion with a “birthday cake”. 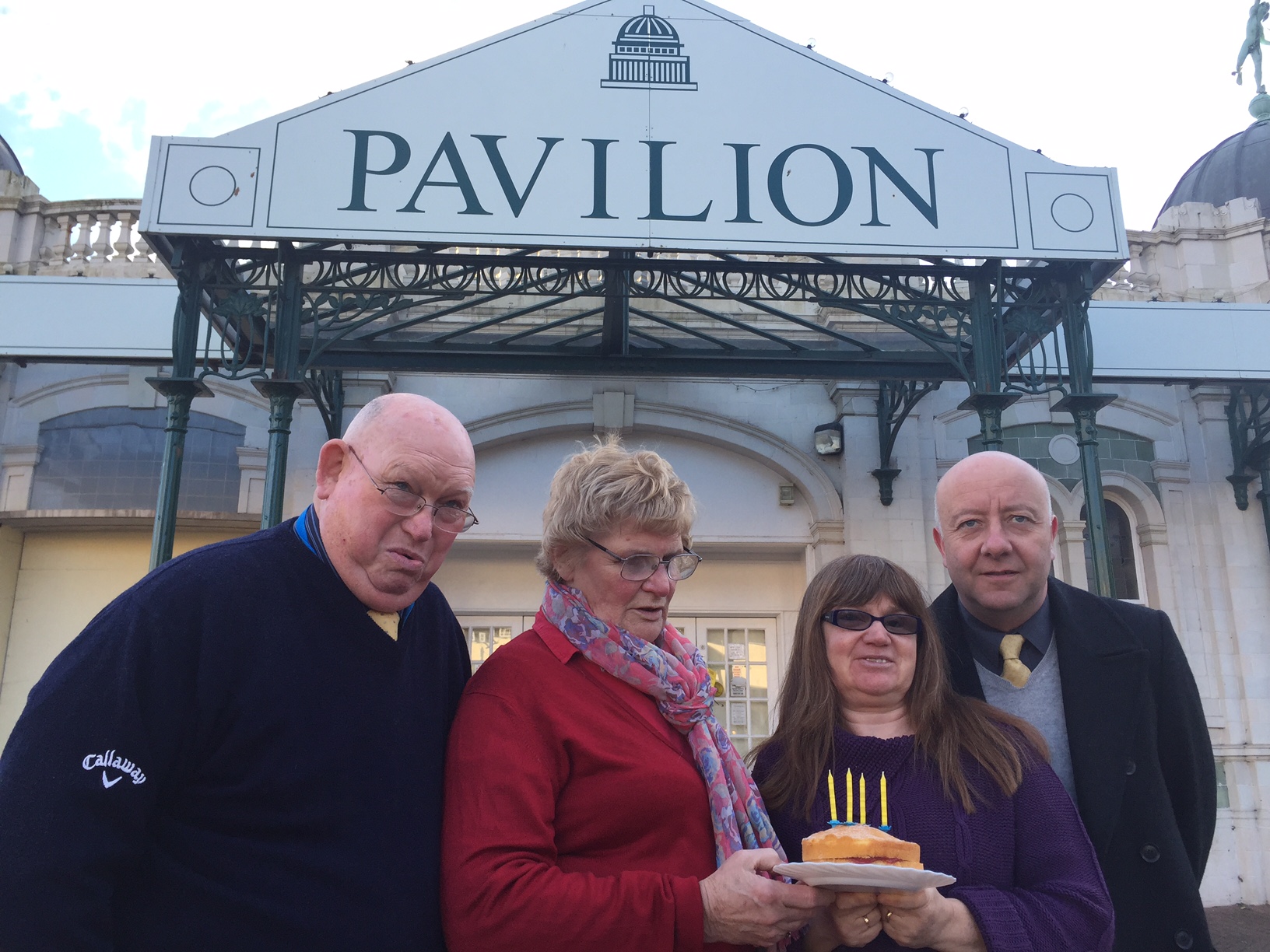 Ellacombe Liberal Democrat councillor Cindy Stocks said, “I regularly receive complaints from residents who are concerned that this iconic building is being left to rot by our Conservative-run council.  When I checked to see how long it had been closed, I was shocked to learn that this summer will see the fourth year of the Pavilion being locked and barred to the public.   I have fond memories of being entertained at this venue by pantomimes, concerts  and even a national radio show where my father won a television.  It is sad how this building is just left empty”

Helipad – put on Ice over Christmas

Liberal Democrats on Torbay Council have backed a cross party call-in regarding a feasibility study that would cost the cash strapped Council £10,000.  Liberal Democrat Councillor for Ellacombe Cindy Stocks said “We are not against the development of a helipad but feel that if it is such a good idea the private sector should fund it rather than the Mayor 'magic'-ing up the money when the Council had not agreed to this. “

She Went on to say “Essential Services such as street cleaning and pot hole repairs are all facing cuts and yet the Conservative elected Mayor plans to splash out £10,000 on what would appear to many to be a vanity project.”

Leader of the Liberal Democrat opposition Group on Torbay Council Steve Darling, who also has signed the call-in,  said “This means that no action can be taken on the implementation of this decision. The Overview and Scrutiny Board will meet on Wednesday 6 January at 10.00 a.m. to consider the call-in.“

The wording for the call-in is as follows.

The undersigned consider that the decision made by the Mayor on 14 December 2015 to request the Chief Finance Officer to allocate £10,000 from the 2015/2016 Corporate Management budget to enable officers to carry out a feasibility study to explore the potential and the delivery of a helipad in Torbay is contrary to the Policy Framework and contrary to (or not wholly in accordance with) the Council’s Budget.

We therefore request the Overview and Scrutiny Board to seek advice from the Monitoring Officer, the Chief Finance Officer, other officers, the Mayor and members as appropriate and to determine whether the matter should be referred to Council for consideration.”

Torbay Council agreed, at Octobers Full Council meeting, by the Chairman’s casting vote, to hold a referendum as to whether Torbay should have an elected Mayor or a Leader and Cabinet system.

The vote will be held next May at the same time as the Police and Crime Commissioners elections to reduce the cost of the referendum.

Leader of the Liberal Democrats on Torbay Council Steve Darling said, “53% of the public wanted a Committee System.  The Liberal Democrats on Torbay Council backed this and felt that we could dramatically reduce the cost that had been suggested for this system.  Sadly, an alliance between the Conservatives and Brixham independents forced through the alternative system of Leader and Cabinet.”   We now need to work with other groups on the Council to try to ensure that the Leader and Cabinet system that will be voted on next May is more reflective of the Committee System that the public actually wanted.”