Tormohun Ward Liberal Democrats have selected Nick Pentney as their candidate for the by-election to Torbay Council due to take place on Thursday May 5th.

Nick was selected unanimously by members within the ward.

Nick is the youngest son of the late, Torbay Councillor Ruth Pentney who passed away in September 2015 after losing her fight with Motor Neurone Disease.

Nick has been a community campaigner for over 20 years and has lived in Torbay his entire life. He lives with his fiancé in the ward.

Speaking of his selection, Nick said: “I'm thrilled and honoured to be the Liberal Democrat candidate in this by-election. I'm looking forward to the prospect of representing my neighbours and standing up for our area. The out-of-touch Conservative/Ukip administration that runs the Council have let the people of Torquay down. As a Liberal Democrat who has lived in Torbay all my life, I am determined to be a strong voice for Tormohun and ensure the voice of local people is heard.”

“It is very important that we elect another member of our team on Torbay Council to help stand up for better jobs, our health service and improving housing in Torbay. I know that Tormohun ward is in need of our support. It would be great if our current council has another Liberal Democrat to help stand up for local residents.”

Former Torbay MP and Torbay Councillor Adrian Sanders said: “Tormohum Ward residents have the chance to elect a second, hard working Liberal Democrat Councillor to stand up for their area. Votes for anyone else will only elect another Tory to join their warring factions on the Council.” 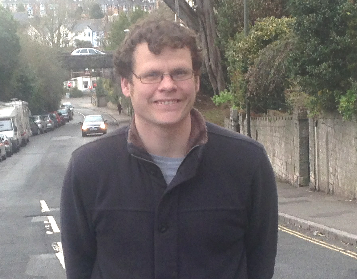